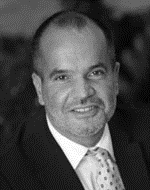 He earned his medical degree from the University of Ljubljana in 1981, with a specialization in psychiatry in 1989.

He has served as guest editor of European Addiction Research on Buprenorphine: Current Perspectives, as well as editor-in-chief of SEEA Addictions, a Slovenian magazine titled Reflection, and a series of books titled Drugs Amongst Us and as a member of the editorial board of European Addiction Research and Heroin Addiction and Related Clinical Problems. He is the author of more than 300 books and articles on drug addiction and WHO guidelines for treating drug users in custodial settings specially with OAT and several manuals and leaflets for drug users and on prevention of drug use. Dr Kastelic has organized, been president or chaired more than 50 international conferences including Global Addiction Conferences, World Conference on Opiate Addiction, International Harm Reduction Association Conference, EUROPAD and European Association of Addiction Therapists Conference, 15 SEEA net Conferences and Symposia, Vanguard Conferences and many others and has participated in more than 300 international conferences and has offered more than 1000 lectures from this field.

He has received Dole – Nyswander Award in 2001 by American Association for Treatment of Opiate Dependence (AATOD) Gold Reflection Award in 2002, Slovene Ministry of Justice Award 2005 and EUROPAD “Chimera” Award in 2008.