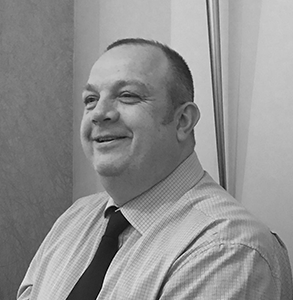 Duncan Hill is currently the Specialist Pharmacist in Substance Misuse across NHS Lanarkshire (NHSL). He started working in community pharmacy after qualifying from RGIT, Aberdeen, in 1992. He first became an Addictions Pharmacist in 2005 in NHS Greater Glasgow and Clyde (NHSGGC),moving to NHSL in 2009.

Since 2007, Duncan is a qualified Pharmacist Independent Prescriber. Initially having a clinic with the Homeless Addictions Team in NHSGGC, he now runs 3 clinics within NHSL and leads a team of 9 Pharmacist prescribers. Duncan works as part of an integrated multidisciplinary substance misuse prescribing service that supports 11 addiction teams in NHSL.

Duncan was previously an Honorary Senior Research Fellow at Glasgow Caledonia University and is currently an Honorary Lecturer at Strathclyde University. In this role, he has been involved with the Pharmacist Independent Prescriber course as well as undergraduate and postgraduate teaching and projects.

Additionally, he is a member of the Scottish Specialist Pharmacists in Substance Misuse group, the steering groups of the National Substance Misuse Non-Medical Prescribers Forum and the Drugs Research Network Scotland.

Duncan has published a number of articles on various addiction related topics in peer reviewed journals.